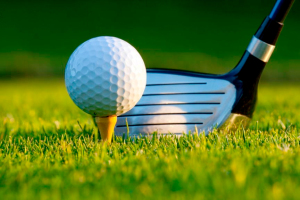 Alfred R. Southworth, age 82 of New Bedford, passed away peacefully at Tobey Hospital, surrounded by his family on December 3, 2019.  He was the beloved companion of the late Eleanor (Callahan) Worthley.  Al was born in Acushnet, a son of the late William and Alice (Roberts) Southworth.

Al was employed with Titleist for over 40 years retiring as a Senior Distribution Manager.  He was an avid golfer and a member of the New Bedford Country Club for many years.  One of his golfing highlights was getting a Hole in one!  He also enjoyed the company of a wide circle of friends and spending time with his family.

He is survived by his loving children, Douglas and wife Lisa, their two children Brennan and Patricia, Sharon Pontbriand and husband Ronald, Jean Cristaldi, her three children, Jessica  Figueiredo and husband Jason, Nicholas & Madison Cristaldi and great- grandchildren, Brian Worthley and wife Cindy, Justine McLaughlin and  husband Scott, Christopher Worthley and wife Ronnette, Steven Worthley Sr. and wife Elizabeth.  He was also the brother of the late Donald Southworth and William B. Southworth, and is survived by the mother of his children, Janice Southworth.

A private graveside service will be held at Riverside Cemetery in Fairhaven.  Arrangements are with the Silva Funeral Home of Taunton.  In lieu of flowers, memorial gifts may be made to: Coalition for animals of Greater New Bedford, a charity of your choice, or by remembering Al by providing a simple act of kindness which he practiced throughout his life.