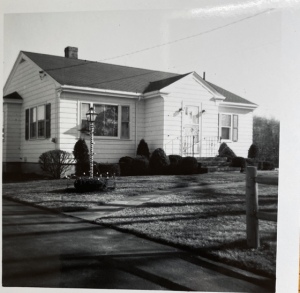 He was the beloved husband of the late Mary Ann (Pacillio) Pimental formerly of Philadelphia, Pennsylvania and the late Louise (Soares) Perry-Pimental of Taunton, Massachusetts.

He was educated in the Taunton School System and joined the US Navy on his seventeenth birthday.  He served with distinction for four years and attained the rank of Petty Officer Second Class.  Petty Officer Pimental served during World War II on the USS Kittson in the Pacific theater and the USS Macon in the Atlantic theater.

After the war he returned to Taunton with Mary.  His first job out of the service was as a welder for a number of companies.  From there he took a sales course at the Bristol County Business School and it changed his life.

In 1988 he took a management position at PayLess Department Store and would work there for 10 years.  His last job before retiring was at Tom’s Wholesale Bait and Tackle.

Though Alfred retired, he never retired from work as he began building and restoring furniture in his workshop.

Alfred was devastated when he suddenly lost his beloved Mary in 1996.  He cherished the memories they had of building their home on Dighton Avenue and raising their son, Freddie.

As Alfred would often say, he got lucky twice when he married Louise Perry in 1998.  The Perry family would accept and love him as one of their own.  He loved the time spent with his stepchildren, grandchildren and great grandchildren.  Even after Louise died, they showered him with love and affection that carried him through to the end of his life.

Alfred was a parishioner at Our Lady of Lourdes Parish and later the Annunciation of the Lord parish both located in Taunton.  He proudly accepted the Marian Medal from the Bishop of Fall River.  He served as Grand Knight for the Taunton Knights of Columbus Council 82 and was active at VFW Post 611 and American Legion Post 121 in Berkley, Mass.

Alfred is survived by his son, Alfred B. Pimental of Fall River, his step-children; Ronald Perry and his wife Linda of Florida, Mark Perry and his wife Annette of Taunton, Lillian Schleicher and her husband Leo of Raynham and Judith Sousa and her husband Glenn of Dighton. He was also the brother of Margaret Boucher of Attleboro, grandfather of Kate, Nicole and Mary Pimental.  He was predeceased by his grandson Joshua Pimental.

Mr. Pimental also leaves a niece Michele (Boucher) Brunelle and her husband Armand along with his grandnephew Marc and grandniece Rachel Brunelle.

A Mass of Christian Burial will be celebrated on Wednesday, August 26, 2020 at 12:30 pm in Saint Anthony Church 126 School Street, Taunton.(Relatives and friends may park in the back parking lot of the church.) Interment with military honors will follow at 2:30 pm in Massachusetts National Cemetery, Bourne.

During all services, facial coverings and social distancing will be required.

The Pimental and Perry families understand in the wake of the current outbreak of coronavirus disease that many of our family and friends might be concerned about attending the Mass and services.  We wanted to let them know that we appreciate their concern and would be just as happy receiving a card or note from them in lieu of their attendance.  For more information on whether you are a high risk person you can visit the CDC website at: https://www.cdc.gov/coronavirus/2019-ncov/specific-groups/high-risk-complications.html.

To send flowers to the family or plant a tree in memory of Alfred J. Pimental, please visit our floral store.