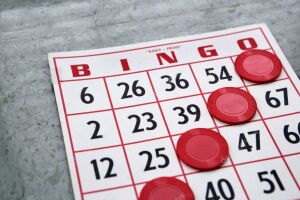 Avelin (Martins) Faria, age 98 of Bourne and formerly of Taunton and Berkley, passed away on February 21, 2021 at Bourne Manor.

She was the beloved wife of the late Joseph Faria, Sr.

Mrs. Faria was born in Taunton, the daughter of the late Manuel and Maria (Medeiros) Martins.

Mrs. Faria was a 1940 graduate of Dighton High School. She and her husband Joseph owned and operated a farm in Taunton on Baker Road for many years. The couple worked many long hours and were proud to produce fine local vegetables.

Avelin enjoyed playing Bingo and in her earlier years was an avid bowler. Most of all Mrs. Faria was devoted to her family and cherished time spent with them, especially her precious grand and great-grandchildren.

She is survived by her loving son, Michael Faria and his wife Donna of East Falmouth, her grandchildren; Kevin, Bryan, Keith, Gregg, Jeffery and Shawn. She was the great-grandmother of 8 and was the beloved mother of the late Joseph Faria, Jr. and his wife Linda Faria of Rehoboth., Avelin was also the sister of the late Manuel, Anthony, Alfred and Joseph Martin and the late Mary Fernandes.

A private Mass of Christian Burial will be held in Saint Anthony Church. Interment will follow in Saint Joseph Cemetery, Taunton.

To send flowers to the family or plant a tree in memory of Avelin (Martins) Faria, please visit our floral store.