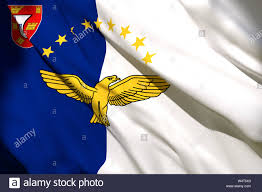 Dinis M. Botelho, age 76 of Taunton, passed away on March 11, 2021 at Saint Anne’s Hospital with his loving family by his side.

He was the beloved husband of Carol (Antunes) Botelho.

Mr. Botelho was born in Sao Miguel Azores, the son of the late Manuel and Bertha (Moreira) Botelho.

Before retiring, Mr. Botelho was employed as a warehouse worker with James Ferreira & Sons for many years. He served with the Portuguese  Army.

Dinis enjoyed watching soccer, but most of all he cherished time spent with his family.

Besides his beloved wife Carol of over 51 years, he is survived by his loving children; Deborah Kotkowski and Albert Botelho both of Taunton. He was the grandfather of Ashley, Zachary and Kaila, brother of Joseph Botelho, Antonio Botelho both of FL, John Botelho and Maria Faria both of Taunton. He was also the father of the late Michael Botelho and brother of the late Eduardo, Afonso and Jorge Botelho.

Mr. Botelho’s funeral will be held on Wednesday, March 17, 2021 at 7:45 am from the Silva Funeral Home 80 Broadway (at Saint Mary’s Square) Taunton, with a Mass of Christian Burial at 9 am in Saint Anthony Church School Street, Taunton. Interment will follow in Saint Joseph Cemetery.

Visiting hours will be held on Tuesday, March 16th from 4 to 7 pm in the Silva Funeral Home.

Additional parking with full handicap access id located on the north side of the Funeral Home.

During all services, facial coverings and social distancing will be required.

To send flowers to the family or plant a tree in memory of Dinis M. Botelho, please visit our floral store.