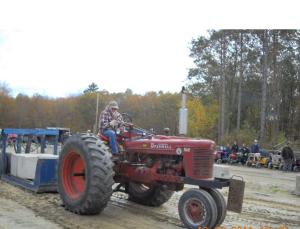 George Earl Simcock, age 91 a resident of Swansea, passed away on February 5, 2020 in the comfort of his residence with his loving family by his side. He was the beloved husband of Theresa (Morriss) Simcock.

George was born in Swansea, a son of the late Earl and Edith (Armitage) Simcock. Mr. Simcock worked on his families farm, Simcock Bros. Dairy Farm and later became a maintenance supervisor for over 10 years, retiring in 1992 from J.J. Taylor Distributing Company. He enjoyed spending time with his family, gardening, working on his tractors and taking care of his pets.

Besides his beloved wife Theresa of over 66 years, he is survived by his loving children, David Simcock, Sr. and his wife Deborah of Swansea and Karen Coutu and her husband Jim of Somerset. He was the grandfather of David Simcock, Jr and Adam Simcock, great-grandfather of Madilyn and Olivia Simcock. George was also the brother of Eunice Burke and the late A. Bruce Simcock.

Private funeral services will be held with the Silva Funeral Home of Taunton at a later date. In lieu of flowers, the family would deeply appreciate memorial gifts in George’s memory be made to; Compassionate Care Hospice or the Charity of your choice.

To send flowers to the family or plant a tree in memory of George Earl Simcock, please visit our floral store.