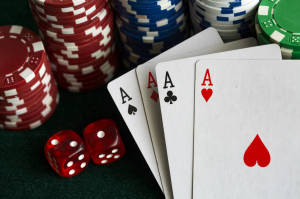 Johnny A. Freitas, age 42 of Taunton, passed away on Sunday, January 12, 2020 at home with his loving family by his side.

He was born in Lodi, California on February 11, 1977 and raised in Taunton, Massachusetts by late parents John and Maria C. Freitas.

Johnny enjoyed spending time playing video games, card games, and going fishing. He adored ending a good day with some tiramisu trifle or a heaping slice of pie. Johnny loved spending time with his family and friends. He will be deeply missed by all those who loved him.

He is survived by sisters Connie Baker and Lucilia Freitas-Turner alongside brother-in-laws Joseph Elisio and Sean Hall, multiple generations of nieces and nephew, and several uncles and aunts. He was predeceased by his loving sister Maria Freitas-Elisio.

Johnny’s funeral will be held on Friday the 17th of January 2020 at 8:30 am at The Silva Funeral Home, 80 Broadway Street (at Saint Mary’s Square) in Taunton followed by a Mass of Christian Burial at 10 am in Saint Jude the Apostle Church, 249 Whittenton St. Taunton, Ma 02780.

Visiting hours will be held in the Silva Funeral Home on Thursday the 16th of January 2020 from 5 to 8pm (Additional parking with handicap access is located on the North side of the funeral home).

For expressions of sympathy, to sign an online guestbook or to light a memorial candle, visit www.silvafuneralhome.com.