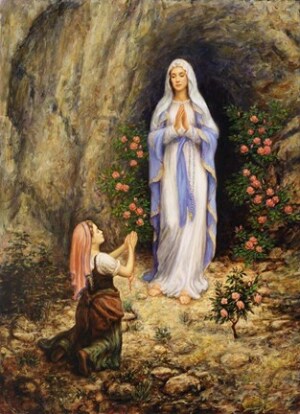 Born September sixth, 1957 in the Azores on the island of Faial in the town of Cedros.  Maria was 62 when she lost her courageous battle with Lung Cancer on September 4, 2020 surrounded by her loving family at Hope Hospice Hulitar Health Care Center of Rhode Island.

Maria is the daughter of the late Manuel and Manuela (Dutra) Alberto.  Together they formed a family with their 8 children; the late Jose Manuel Alberto, (herself) Maria Fatima Goulart, Leodina Freitas, Maria Manuela Andrade, Gilbert Alberto, Antonio Alberto, Cedalia Rosa, and Elizabeth Dutra.

From childhood to teenage years, Maria spent much of her pastime doing what she loved most, crocheting and knitting.  Throughout these formative years Maria also helped care for and raise her younger siblings who looked up to her as their second mother.  During this time, Maria began an everlasting courtship of forty-three years with her beloved husband, Jose Albino Goulart.

Maria was married to Jose Albino on September third, 1977 in their hometown of Cedros.  Together, Maria and Jose Albino immigrated to the United States on November twenty-second, 1977 in hopes of more opportunity and a life filled with prosperity.  Here Maria began her journey in starting a career, a family, and attaining her American Citizenship on December sixth, 1985.

Maria began work at Robertson Mill Curtain Factory in the Weir Village and then, Rennies Curtain Company also located in Taunton for a short period of time.  It was at Texas Instruments that Maria began her twenty-seven yearlong career.  Maria took great pride in being recognized in her many accomplishments throughout her years at Texas Instruments.

During Maria’s long and hard working career, she started a family and had three children, Steven (41), Melanie (39), and Elizabeth (37).  In the midst of raising her children, Maria had sent for five of her siblings still living in the Azores and sponsored them slowly as they became of age.  They lived, worked, and went to school while living with Maria and her family while working toward becoming American Citizens. The family continued to grow when Maria’s eldest daughter, Melanie married the late Anthony Costa Jr., her son, Steven married, Athena (Monteforte) Goulart, and her youngest daughter, Elizabeth married, Michael O’Connell.

Maria was the beloved matriarch of the family. She always provided support, direction, and endless amounts of compassion to her loved ones.  Maria lived her life prioritizing family before all else, even in her final days. Maria also led a life of deep faith in God. She was devoted to the church and instilled this same faith in her children and grandchildren.

Maria will forever be remembered as an extraordinary, dedicated, and irreplaceable wife, mother, grandmother, sister, and friend.  Maria will be deeply missed by her family and friends, and will be remembered with great love.

A Mass of Christian Burial will be celebrated on Friday, September 11, 2020 at 10 a.m. in the Saint Jude the Apostle Church Whittenton Street, Taunton.

(Relatives and friends may meet directly at church.) Facial coverings and social distancing will be required.

To send flowers to the family or plant a tree in memory of Maria Fatima Goulart, please visit our floral store.