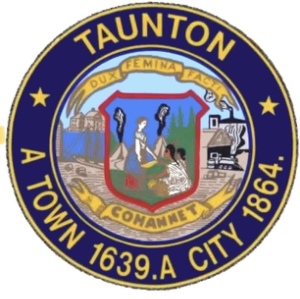 Mayor Joseph L. Amaral 88, was born in Taunton and was the son of Joseph R. and Loretta (Benoit) Amaral and was survived by his wife Virginia (Soares) Amaral, his son Barry J. Amaral and his wife Toni Amaral, his daughter Donna M. Amaral, grandsons Garrett J. Amaral, James Pimenta and his wife Christina Pimenta, and granddaughter Amy Slavin and her Husband Michael Slavin, and great grandchildren Hannah, Michaela, Madison, Morgan. He was also the brother of Norman J. Amaral, Shirley Dansereau and the late Diane T. Borges and he leaves several nieces and nephews.

He was educated in Taunton schools, a communicant of St. Anthony's Church and resided in Taunton all of his life. Amaral was a disabled veteran in the United States Army and was employed at Texas Instruments in Attleboro as production control supervisor for nineteen years. He served as Chief Administrative Assistant to Mayor Benjamin A. Friedman from 1976-1977 and was elected Mayor of the City of Taunton from 1978-1981. During 1982-1983 he was assistant to the president at Space Metal Buildings and was appointed to the position of Register of Deeds by the County Commissioners in 1983 and was then re-elected to three consecutive terms. He was the recipient of the Marian Medal in 2003 from St. Anthony’s parish and was recognized in 2015 as the Portuguese American of the Year by the Prince Henry Society.

As Mayor, Joseph L. Amaral was acknowledged as “having pulled the city out of financial straits”

He began his term in office and was remembered for being at the helm during The Blizzard of ‘78. He traveled to Washington on several occasions in an effort to obtain federal funding for our city. In one instance he led the effort and was awarded over $2 million in July of 1978 to revitalize our downtown area. The zero base budgeting was initiated during his administration as was Gatra bus services, Dial a Ride, Meals on Wheels and the CETA program.

Among his proudest moments was the construction of a state of the art water treatment plant in Lakeville. Under his leadership an addition to the Taunton Public Library was built. A comprehensive reconstruction program of roads and sidewalks was instituted and professionals were brought in to operate the sewer treatment plant. In 1979 under Amaral’s leadership the City of Taunton joined forces with Century 21 to provide seniors with affordable housing at the former Bugle Buick building on School Street. He consistently credited his success as Mayor to the “team approach” and the support and assistance he received from others.

In 2001 the Taunton City Council voted to name the property located at 23 Summer Street the Joseph L. Amaral Administrative Building in his honor, which is currently occupied by the Taunton Police Department.

A Mass of Christian Burial will be celebrated on Monday, November 15, 2021 at 11 am in Saint Anthony Church School Street, Taunton. (Relatives and friends may meet directly at church for 10:45am)

Interment will follow with military honors in Saint Joseph Cemetery.

In lieu of flowers, memorial gifts may be made to; Pride, Inc 3 Maple Street, Taunton MA 02780

To send flowers to the family or plant a tree in memory of Mayor Joseph L. Amaral, please visit our floral store.