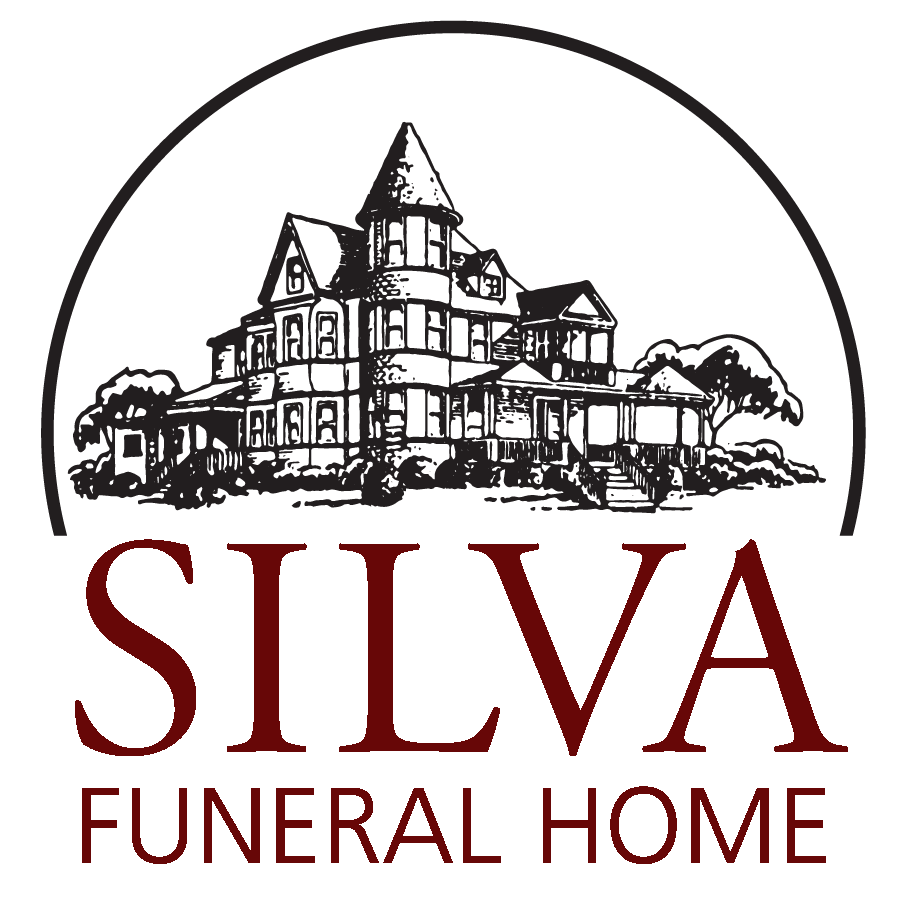 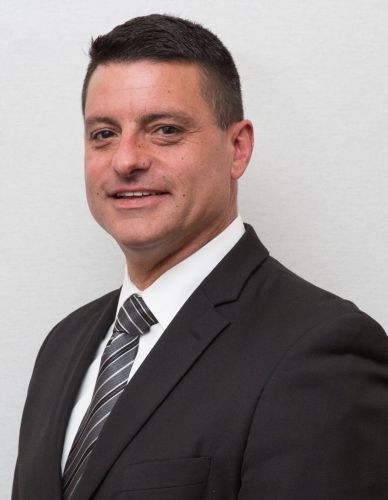 Larry learned his trade with a Funeral Home in the East Bay area from 1994-2001. In 2001, to further his knowledge on assisting families in a time of grief, he joined the professional staff of the Russell J. Boyle & Son Funeral Homes in both Providence & Warwick, RI. He later made his way to Massachusetts and became employed by the Silva Funeral Home of Taunton.

A native of Dighton, Massachusetts, he is a 1990 graduate of Dighton-Rehoboth Vocational High School, with a diploma in Machine & Tool Making, and Auto Mechanics.

Lawrence graduated in 2002, with an Associate Degree in Applied Science in Funeral Service.

He has been involved in the funeral profession his entire life. He previously was employed with his father's company, Quintal Burial Vault Company of Dighton MA and was the former owner of Lawrence Burial Vault Co. of Swansea MA.

He is a licensed funeral director and embalmer in both Rhode Island and Massachusetts; is a member of the National Funeral Directors Association and the Vice President of The Prince Henry Society of Taunton.

Larry is also the owner of L. Quintal Mortuary Service, LLC., a caring and professional service to assist other funeral professionals in both MA & RI.

When asked, "What is it like being a Funeral Director?" two thoughts come to mind: When I was a young boy I helped my father and his staff remove and transport 101 Catholic Nun's bodies that were entombed in the late 1800's and early 1900's in the old Notre Dame Church in Fall River MA, that burned to the ground and later was built in a new location in Fall River. I was able to see how Funeral Directors laid to rest people in the early days of funeral service. The other was when I was called upon to handle the funeral arrangements of the tragic death of my best friend's daughter who was only 3. I handled everything from the transport of her body from the hospital, to her burial at the cemetery. Just three days prior she was over my house playing with my children. The hardest part was when I placed her little body in her white casket. I almost left the funeral profession after her funeral. It was when my friend and his family told me, "She looked like an angel. Thank God we were able to see her one last time, we could not have gone through it without you", that I decided to stay in the profession. We still remain best friends to this day; he since has had two children.

Funeral Directors don't have an easy job. We take on the pain, and sadness of others day after day. We must be the ones to stay strong, which is not always easy. What makes it worth it, is when a family says those simple words, "THANK YOU, you made it easier for my family."

Larry is the husband of Christine (DeLawrence) Quintal, also a funeral director and embalmer and co-owner of Silva Funeral Home, he has three daughters, Alyssa, Victoria, Kirstie, step children Emily, Ally and Tyler.

He is a classic muscle car owner and enthusiast, his interests include, Auto mechanics, dirt bike riding, attending classic car shows, going for walks with his dog Nissa. He also enjoyed  boating and fishing with his most faithful boating partner, his late dog Candie. 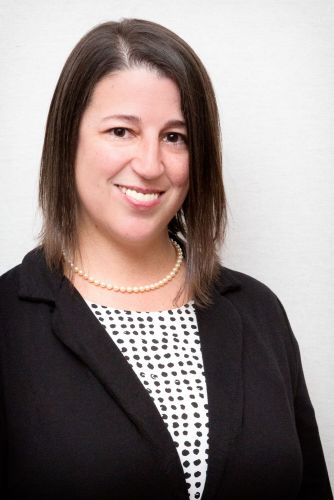 Amy is a fifth generation Silva family funeral director, the great great granddaughter of Mariano J. Silva, who founded the first Silva Funeral Home in Fall River, MA in 1890.  She grew up in the Silva-Faria Funeral Home in Fall River and was a graduate of BMC Durfee High School, Class of 1997.  Amy started helping out in the funeral home - organizing records - during high school, then spent five years working various jobs on Block Island, RI, before the loss of a dear friend’s father led to Amy viewing the role of a funeral director, specifically her father’s, in a different light.  Under the guidance of Professor John Tormey, she enrolled in the Thanatology program at Bristol Community College, a program that cemented her passion for the funeral industry. After receiving her Certificate of Thanatology in 2002, she enrolled in FINE Mortuary College, Norwood, MA where she earned her Associates Degree in Mortuary Science in 2005.

Alongside her father, Paul F. Silva and her uncles, Richard H. Silva and Martin A. Silva, she served hundreds of families in their time of need at the Silva-Faria Funeral Homes in Fall River and Somerset.

She actively serves on the BMC Durfee High School Class of 1997 Reunion and Scholarship Committee as well as the Boys and Girls Club of Fall River’s Alumni Fundraising Committee.

From January of 2015 to October of 2016, Amy hosted The Silva Lining radio show on 1480 WSAR. The show covered everything about death, dying, grief and funerals in an informal setting as a means to help combat the stigma and taboo myths surrounding a topic that, though difficult to talk about, is something everyone goes through in life. Her shows are all available as podcasts and summarized on her blog, www.thesilvalining.org

Amy is honored for the opportunity to continue the Silva family legacy in Taunton and provide its community with heartfelt, quality and personalized care during life’s most difficult milestone.

Society tends to assume that funeral directors see nothing but tragedy and sadness. Amy finds solace in the elements she sees that most don’t realize. Almost every day, Amy bears witness to the products of love after decades of marriage; family and community outpourings of support; the reminder that life is precious and the realization that love and grief go hand in hand. If it weren’t for the knowledge of impending grief, we would not love as deeply as we do and our grief is a testament to the love we shared.

She enjoys knitting, has a passion for theatre and dance, and loves a good book. Amy is the wife of Jonathan J. Rigtrup and mother of twin sons, Greyson and Joseph, and her daughter Cecelia. 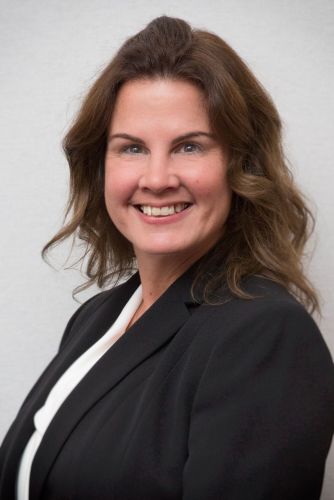 Born in Taunton and raised in Dighton, Christine was employed as a dance instructor with Susan Winter School of Dance for 20 years. She received so much joy and love teaching children the art of dancing, but knew in her heart that she wanted to do even more with her life.

With compassion and grief in her heart, she always felt she should be a caregiver, a person that could be there in times of grief, someone to lean on. The one profession that always came to her mind was funeral directing; to care for those who needed help and guidance through such a difficult time.

Christine began her career in funeral service in 2009 apprenticing for O’Neill-Hayes Funeral Home, Newport, RI, while attending Bristol Community College where she graduated with a certificate in Thanatology. She was taught the trade and guided by her husband Larry. Christine graduated with an Associate Degree in Applied Science in Funeral Service. She was employed with Russell J. Boyle and Son Funeral Home, , RI, as a licensed RI funeral director and embalmer.

She received her MA Funeral Director and Embalmer License and became employed by the Silva Funeral Home.

Christine is the wife of fellow owner, Lawrence Quintal; she has three children, Tyler, Allyson and Emily; and three step-children, Alyssa, Victoria and Kirstie. 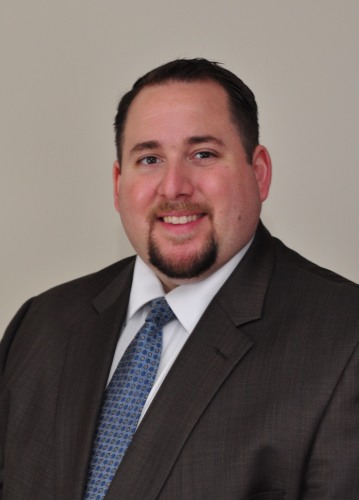 Richard began working in the funeral service industry at the age of 15 with a funeral home in the East Bay area of RI under the tutelage of Larry Quintal. Prior to joining the professional team at Silva Funeral Home in 2018, He  had been a dedicated associate at the Russell J. Boyle & Son  Funeral Homes, inc. of Providence, RI and Warwick, RI for the past 16 years, serving countless families in their time of need. Richard also serves as a funeral director at the Sowiecki Funeral Home, in Taunton.

Richard graduated from Mt. Hope High School in Bristol, RI and also completed his studies in 2007 and graduated in 2008 with an Associate Degree in Mortuary Science from FINE Mortuary College in Norwood, MA.

He is the co-owner of a Mortuary Service that assists other funeral professionals in RI&MA.

He currently resides in Taunton, MA with his girlfriend, Melissa; their three dogs, Brody, Maggie Lacey; and cat, Lucca.

A year of daily grief support

Our support in your time of need does not end after the funeral services.  Enter your email below to receive a grief support message from us each day for a year.  You can unsubscribe at any time.